Where would the Pokemon movies fit in best with the Anime series?

I know that the Anime and the movies are not linked and what not. But I've been watching Pokemon: Indigo League, and I was thinking when I should watch the first movie to fit it in the best with the series? But I have got no idea.

If anyone could help with this, it'd be great .

Sorry if this shouldn't be a new topic. 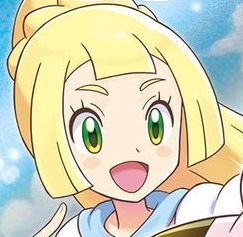 The first Pokemon movie does directly link up with the anime, as scenes from the movie are featured in the anime, the CD Drama prologue reveals pretty interesting things about the backgrounds of Sakaki and Musashi, and Mewtwo's story is later continued in a TV anime special. Don't know why people keep suggesting otherwise.

Anywho, the movie can be watched between any episodes during the time Satoshi is "training' for the Pokemon League. I'd say right after the "Surfing Pikachu" episode, since that's the last "training" episode where he's near the ocean. Either way, no contradict where you watch it, as long as it's after he gets back to Masara Town and before the Pokemon League competition.

(Note: And depending on whether or not you view the movie as the "finale" of the first Pokemon saga, it could be watched after Pigeot's release without contradictions. Though in the Japanese version, the opening was changed to the second one by that episode, and I'm not sure if it's the same for the dub. If it is, the movie's opening theme won't match with the one featured in episode 83, just for reference. lol)
Last edited: May 19, 2013
L

Judging by the locations of shamouti island, the second movie takes place between bound for trouble and charizard chills, though charizard was obedient in the movie. It could very well of happened a few episodes before hello pumello, since there boat was thrown of course.

The third movie had to take place between Noctowl's capture and the groups arrival in Goldenrod.

Mewtwo returns had to happen after Vulpix's departure and before Golbat's evolution.

4ever had to happen after Chikorita evolved into Bayleaf and before they got to Olivine city.

The fifth took place on an island so they had to be near the cost, so either just before or just after Just add water, as they got Larvitar's egg in the Lapras episode.

Wish maker could only have happened after leaving Slaport and arriving at Marville.

The Deoxys movie had to take place after Torchic evolved and before they got to Lilycove city.

Movie 8 had to take place after Misty left them, it took place in a mountainous region so I'd place it either side of Hooked on Onix. Though it had to at least take part before James left Chimecho with his grandparents.

M09 had to happen after Ash beat Spencer with Sceptile, they were on mainland so probably after King and queen for a day. Still fairly close to the coast, the movie had to take place before that final Kanto contest.

Rise of Darkrai had to take place after Happiny's hatching episode and before Mira's episode as she teleports them to Hearthome.

The 11th movie took place after Gligar evolved and before Summer camp.

Monferno was in movie 12 so it had to take place after Uncrushing defeat. It must have taken place before they got back to Twinleef .

13 had to be after the Grand festival but before the battle with Volkner.

The 14th had to take place after Excadrill started obeying, (he wasn't in his inactive state when he was brought out by volt switch) and before they me Luke.

The Swords of justice movie had to take place after Tepig evolved and before the Ferroseed episode.

L-05308 said:
Mewtwo returns had to happen after Vulpix's departure and before Golbat's evolution.
Click to expand...

It takes place between EP178 and EP179 as it was aired in Japan. It's not a movie, or else we should talk about the Raikou special's placement as well.

And I don't think the 14th movie is canon, since there's two alternate versions of it. Though, in terms of when to watch it, I agree.
P

I believe the romhack called Pokémon Ash Gray places the first movie's event right after "The Pi-Kahuna". I know it's not an official source or anything, but their timeline seems to make a lot of sense. (They shifted "Holiday Hi-Jynx" and "Snow Way Out" to take place at their intended times, for example.)

Considering the dialogue between N and Ash in "The Name's N!", I'm inclined to believe that M14 isn't canon, either.

~Piika said:
I believe the romhack called Pokémon Ash Gray places the first movie's event right after "The Pi-Kahuna". I know it's not an official source or anything, but their timeline seems to make a lot of sense. (They shifted "Holiday Hi-Jynx" and "Snow Way Out" to take place at their intended times, for example.)
Click to expand...

Well, I think that's just them going with common sense regarding the episode shifts due to the seizure incident. I tend to watch the postponed episodes at their intended spots in the episode listing when I rewatch the Kanto arc, for instance.

The Mewtwo movie could really be placed any time between Satoshi coming home to Masara Town and before the Pokemon League. Though I usually place it after that episode too just because I think it's stupid for them to randomly be at the seaside again for no apparent reason other than to have a picnic. lol
S

I watched M10 and M11 very roughly where they should be in the anime, but I missed the mark because I wanted to watch them on lazy Sundays rather than wait until I was definitely there. I was doing good until I saw Happiny in the first one and Gliscor in the second lol. Apparently M12 premiered in Japan the week after DP135 aired, which should mean Ash has Monferno. Is that right?
S