Which Champion was the easiest/hardest to beat?

I beat Iris fairly easy for me I had to use healing Items but I effectively only had 4 Pokemon a little more training and I would have crush here. I was really close to not having to use items against her.
P

Easiest: Either Lance or Iris. Lance because five of his Pokemon have quadruple weaknesses (as long as you have Electric, Ice and Rock type moves, you're fine). I don't know why, but Iris was incredibly easy as well. She just didn't seem that hard to beat.

Hardest: Cynthia. I hate that Milotic so much - last time I played Platinum I just got Golem to blow up on it.
M

I didn't find Iris as tough as you all are saying. Rly, she beated two of my pokés, but nothing to complain about. The fact that most of us thought "lol my team is around lv 55 before the league, better if I train everyone to 60", or at least that's what happened to me, doesn't help either.

Now, Cynthia attends the concept of Champion. I would love if every Champion had the same team balance and AI that she has. Also her BGM, whoar. @[email protected]
V

For the hardest, I would have to say Lance in HG/SS, mainly because I walked into that battle thinking "Oh, he's gonna be a pushover like he was in Gen II." Boy, was I mistaken. His Gyarados almost wiped out my team. In close second would be Cynthia. Her Garchomp didn't give me any troubles, but her Milotic wiped the floor with me.

The easiest one for me would have to be Alder. I didn't lose a single Pokemon when I went up against him, and I sweeped his team with my Excadrill.

For me, the hardest was Cynthia, at least in Platinum. Honorable mentions include Wallace (Milotic AND Tentacruel!?), Steven, and Iris (though, if my Lucario would've been just a little faster...).

Easiest is either Blue or Lance. An Ampharos and a Feraligatr with Ice Punch will destroy Lance, and Blue... well, you're already prepared for him.

I don't see how everyone found Lance easy unless they did some intensely mind-numbing grinding. He was literally the ONLY champion I did not beat on the first try.
Click to expand...

Indeed I did. 8U; I forgot about GSC for a second. Indeed, THERE, Lance is quite hard. As for HGSS!Lance, I had a beastly Sudowoodo. Yes.
F

Honestly, so far the easiest champ I've faced is the most recent one, the BW2 one. I was actually healing up for the Elite 4... swept the champion. I think I used like one potion the whole time. Mostly one hits. It was redonk.

Alder was hands down the easiest Champ, his team shared too many common weaknesses and his Volcarona's moveset was awful. You can't get more counter-productive than a Quiver Dance followed by Overheat :\

As for most difficult, I always had trouble with Wallace. His team was well equipped for dealing with Electric and Grass types, and once your Water counters were crippled he became quite difficult to beat, especially that damn Toxic-stalling Milotic.
T

Beating Iris in White 2 was a breeze. My Samurott and Jellicent completely dominated her entire team, along with the rest of the E4

The hardest for me was Wallace. My team had only one high-leveled pokemon, which was my Swampert, The redt of my team was horribly underleveled. and all my attacks weren't very effective against water types. it look me at least 3 tries to beat him.
and I think Cynthia was pretty hard for me as well.
F

Cynthia was by far the toughest Champion - she's got the most balanced team of all the Champions, and the level disparity was so bad that type advantage didn't even matter.

And Lance was a pushover - so many 4x weaknesses it's not even funny, all you need is to have one Ice-type with an edge on the Speed stat and you'll be laughing into the Hall of Fame. 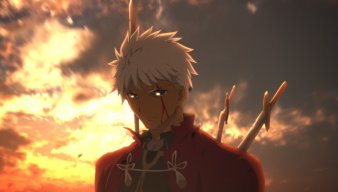 Cynthia was definitely one of the harder Champions to take down. It wasn't just her Garchomp, but also her Milotic that gave me problems. Plus, she does have one of the more well balanced team among Champions, so that makes her a bit more of a challenge. I think that Lance was also pretty hard, at least in the original G/S/C games, since I remember needing a couple of tries against Lance before being able to defeat him. Though, it probably helps that Silver was my first Pokemon game and I didn't have any Ice types for his Dragonite.

Blue was also one of the easier Champions for me. By the time you face him, you pretty much know what he's going to use, so there's not much that can really surprise you. Alder was also pretty easy. It was only with my Serperior against his Bug Pokemon when I'd got into a bit of trouble, but considering the rest of my Pokemon in my White team, that wasn't much of a problem. As for Iris, I really didn't think she was that difficult at all. My Emboar, Mamoswine and Lucario could take down her Pokemon fairly easily, although defeating her Haxorus took a bit longer than I thought it would. Still, I'd probably consider her somewhere in the middle of not being too difficult, but not being too easy to take down either.
J

Blue was probably the easiest for me. Sure, his Pokemon are undoubtedly strong, but in the end they could easily be taken out by a full team of decent levels and type coverage. It was a bit of an anticlimactic battle in my opinion.

And hardest of course has to go to Cynthia. They all had really strong type coverage and of course those maximum IVs that aren't seen anywhere else in the game make every single Pokemon pack a serious punch. I remember resorting to using a strategy of Explosion, Max Revive, and Explosion to take out her Garchomp. >.>
F

Woah, you went to use Explosion + Max Revive? Yikes.

Cynthia is fun to play against now since my Diamond game is 5 years old, haha. But she is still tough, even to lv 100s.

For me in terms of experience, Blue was the hardest. Mostly because he was the first Champion I had ever battled. I don't remember soft resetting so many times in my Poke-experience. That and I still had a Bulbasaur, because I didn't want to evolve it. :"D (I think I might retry that. Bulbsasaur solo run lol)
But otherwise each Champion is tough in their own way. Cynthia has always had the best teams, perfectly balanced and trained.
T

I found Cynthia to be the easiest mainly because of the rediculous amount of time I spent on Diamond training.

I found Iris to be the easiest to beat. The team of Samurott, Chandelure, Durant, Metagross, Gengar, and Aerodactyl overpowered her team without any major problems.

As for the hardest, it would have to be a tie between Lance and Wallace,
C

I think that Lance was easiest because I OHKO'd his entire team with a Jinx, a Magneton, and a Gyarados.
Hardest was Wallace with his immune-to-electric Whiscash that completely threw me off and his Double team spamming ludiculo.
S

Iris' Hydreigon wrecked me the first time around. Even when I made a strategy the second time around, it took out half my team. I guess this time, I have a Samurott that knows Ice Beam.
You must log in or register to reply here.
Share:
Facebook Twitter Reddit Pinterest Tumblr WhatsApp Email Link
Top