Which names do you pronounce differently from the official way?

A sister to the "misspelling" thread, this one is for the ones which you have a habit of pronouncing a different way.

For me, it would be a few of the following:

So, the approximate keys (all caps = stressed):

My friends use \luˈgiə\ (lu-GI-a, the second syllable is stressed). I got influenced by them.
P

I still pronounce Silph as Sliph


But I also pronounce Deoxys as Deox-zes

And Regice as Reg Ice

Definitely Regice, as "Rare-guys", due to the lack of double letters to make it clearer. Oh, and also Xatu, with the first syllable pronounced the same way as Xavier, which if you don't know, I pronounced it as "Zay-Too".
B

Oh yeah Illumise, I do not understand how the proper pronounciation is like that... I always say "Il-loom-eyes", thinking it's better. And I get annoyed every time I hear it the official way in the anime.

Giratina is kind of a subtle difference, but I say "Girra-tina" instead of "Gear-uh-tina"
I

I don't know where I got this (and I'm trying to break the habit), but I say Rayquaza as Ruh-QUAY-zuh.

I also say Arceus "ARE-C-us" but that comes from the fact that I know it's supposed to be a soft c. 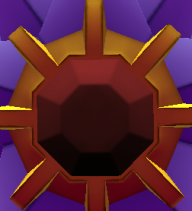 Zalde said:
I also say Arceus "ARE-C-us" but that comes from the fact that I know it's supposed to be a soft c.
Click to expand...

Yeah I pronounce it the same way. I Don't understand why did they had to give the C a K sound in the Movie.
R

Probably to make it sound like 'Arch' + 'Zeus'. I prefer the english version more.
P

Lol at guy in GAME add. "The new Pokemon Our-Chaos, the God Pokemon." I prononuce it Are-see-us. Another one is Suicune. I pronounce it Swee-coon. I heard someone pronounce it Sue-seen. Lulz. Raikou? Um Rye-(rhymes with tie) coo.
A

For most of the legends, I completely ignore the "official" way given by PUSA or P International or even 4Kids when they dubbed, whoever. They mess up the Japanese names terribly. D:

I pronounce Rayquaza as: Ray-QWA-Zah

I pronounce Arceus as: Are-SEE-Us

I pronounce Suicune as: Swee-CUNE
P

Isn't that the official pronunciation? (\ɹəˈkweɪzɑ\, as you put it)

I've always pronounced it as \ɹeiˈkwɑzə\ (Ray-QUAH-zuh). There's another one.

@Blaah: I pronounce Illumise the same way, coincidentally. I've never heard the way that 4Kids/TPC/PUSA pronounces it.
B

I say "Rick-wahza" instead of the whole "ray" thing. But that probably has to do with my accent.