Why has Team Rocket never been given proper treatment?

They had tons of time to focus on them. Orange League, Johto, the FRLG remakes and the HGSS remakes.

Even when the Pokemon anime's system was set in stone during the Orange League they only talked about the dominant anime trio.

We've had a few more groups appear now and then however nothing similar to the games has appeared. Giovanni hasn't even really appeared or done anything.

I was expecting Team Rocket to be expanded upon in a return to Johto, but obviously that isn't happening. I think it's mainly because the writers had established the most memorable members as comic relief, that they daren't focus on the serious side.

I really can't say why they haven't, since I ain't the writers... but it's kinda disappointing nonetheless. I was at least hoping for a chance that the newly-designed Rocket Executives from HG/SS would get an anime appearance sometime in the future, but... oh well. If they finally decide to have a massive showdown with TR as a whole, maybe that could be their chance. Giving Silver more than a cameo appearance (in the Japanese opening of Legend of Thunder/Pokemon Chronicles) is something that I'd like to see too. I'm itching to find out if the relationship between him and Giovanni is canon in the anime.
F

Define "proper treatment". They do bring in the serious side occasionally but the main Rocket trio are central to the series. If the team disbands than their motive to follow Ash would probably disappear but if it stays strong then what is the point of focusing on them? We just go back to the usual and allow the evil team to run free for however many years the show goes on?

The best time to deal with Team Rocker would be in a finale arc to the series. That's the only way it could be treated really well.

(Though something with the HGSS admins would have been nice.)
C

The only major story Giovanni was ever involved with was Mewtwo.

Giovanni was involved in the bulk of Mewtwo's story in Kanto/1st movie, and again in the Mewtwo Returns special in Johto.

I fear that until the anime ends, Giovanni will continue to rarely appear or get any closure.
2

I'm going to say it.

I'm getting sick of Team Rocket.

Although I approve of having the Newly Redesigned Administrators, I think a little more of Team Rocket would ruin the anime. One of the main reasons the team is preferred over the other three is because of their extensive screentime.

Giovanni's amount of screentime doesn't need to be changed. The amount of Team Rocket is proving the bias the writers have to the older generations; Cyrus, though the second most seen, didn't get many episodes before he decided to vanish into oblivion; Maxie, though his screentime included a voice cameo in a movie that turned out not even to be his voice, got two episodes; and Archie got the minimum of two.
As for closure, Team Galactic is the only team with closure. Rocket is still going on, and Magma and Aqua were left on an island with no hopes and dreams, and no way off besides water types.

In the anime, also, Team Rocket provides a constant voice of villainy and comic relief in the form of the TRio. The entire team can't follow Ash around, unless something is special about him; i.e. the DiamondShippers were correct in that Ash is Giovanni's son. The other members have been shown only for nostalgia purposes.

Giovanni does need a darker suit, though. I don't know WHAT he's thinking with that orange atrocity.
A

The anime *loosely* follows the setup of the games each gen, and only then it was the main introductory games.
Team Rocket (as an organization) were only prominent in the main series games of the first two gens. In the anime renditions of these gens, Team Rocket (despite making few appearances as a whole organization) were only really seen in the Kanto and Johto regions. It's safe to say that this team is rooted only in Kanto and in Johto, because both regions are so close in proximity to each other.
As far as I'm concerned, if the games that the anime are based off of do not involve the Team Rocket organization in its plotline, the anime will most likely not cover said organization.
Also the majority of the episodes follow the same formula of: Ash and co. meets COTD/pokemon, TRio steals the groups' pokemon or attempts to steal them, Ash and co. fight off and defeat TRio.
Besides, it wasn't like the other teams were deeply focused on in the anime. Team Magma and Aqua made a few appearances here and there, but their leaders only appeared during their finale. Galactic, on the other hand, made more recurring appearances in its short timeframe.
S

They are just very pointless comic relief characters now. They aren't even really villains anymore, what with how much they ride Looker's pole.

I really wish I could tell you. The TRio really disgraces the name of Rocket, Giovanni is hardly ever seen (same for the rest of the team) and it would be hilarious to see Petrel in the anime.

-Team Rocket were only main teams during Kanto and Johto. They got some well episodes(Lugia arc, Lake of Rage arc) and we learned they have a serious side other than boss and Butch and Cassidy, though those three(if you include boss fantasies of course) are currently played for laughs along with our lovely trio.

-Kanto Battle Frontier didn't focus on any old character who is not important to animé now, except maybe Misty and Gary. They didn't met Kanto Gym Leaders, even Janine.

-HG/SS was advertised in Sinnoh and Team Galactic's job was not done before HG/SS' release.

Team Rocket the trio are still there, cause they give animé it's own character; are probably the most developed main characters; provide the usual comedy relief and daily conflict; comment in important episodes such as trainer battles, gym battles and releases; have a high fanbase and Jessie is actually a decent rival in Dawn's contest arc(and from what we saw in Lilypad Contest, so are James and Meowth ).
V

Why hasn't team Rocket been arrested for stalking children?
R

A large portion of Team Rocket grunts appeared under Jessie and James' command in the voyage of the SS. Anne episode, they made really good henchmen, other than that, they have all but been forgotten apart from an old TR backstory every once in a while.
P

I don't get what you mean by "proper treatment" (the OP), but if you're referring to the trio of Jessie, James and Meowth, then I say the reason why they're not treated properly is because Giovanni pretends to respect them, when he really doesn't.
T

There was also the episode That Old Berate and Switch in the Battle Frontier Saga, where craploads of Team Rocket Grunts appeared. I think the few cameos that they get are enough. 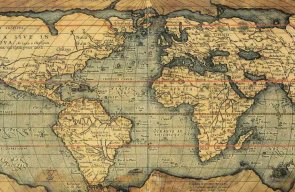 Team Rocket does not need much more development. Id just like to see JMJ(Jessie Meowth James, not our Catholic school counterpart Jesus Mary Joseph ) get more Pokemon and better Pokemon) Only Yanmega and Dustox have pwned.
K

I was surprised that, with the introduction of real villains (Galactic, Hunter J) the Team Rocket dynamic hasn't changed, especially after all the temporary changes of heart they have in every movie.

Could you imagine if the main group was Ash, Jessie/James, and third person to be named later? I can already tell you that'd be a much more fun character dynamic. Plus, you suddenly have a reason for making the actual Team Rocket because a real villain force ("Our agents went rogue! Pose as a team, cause shit just got real!").
C