I think that cycle is the bane of some of the best writers on this site.

AetherX said:
I've been in that boat before

The unfortunate thing is that you improve with criticism, so you'll be uploading chapters that aren't as good as the one's that you can actually write. I ended up spending more time revising my old chapters than writing new ones until I caught up to where I was.

Yeah I've definitely had some trouble with leaving fics to die I mostly blame it on the fact that no matter how much people plan it, it will all depend if they really want to write it for example if you have to write some parts that you think are boring to write then it'll just make you second guess and you'll put it off for later until you can't anymore.
J

I've been thinking for a while about writing a story. I want it to have substance and meaning to it. So far I've got the main character with a group of friends fighting against Team Rocket and another, stronger, villain. I don't want to get too close to the "end of the world" problem, though, so I need ideas on the bad guys goal.

Just spent the last two and a half hours reading and catching up on fics new and old. And I've still got five more longfics to go that I want to consider for nomination! This awards season is taking it out of me

@Joebro Money and power are always good ways to go in motivating your baddies, but revenge works as well. Team Rocket has always been awfully vague as a criminal organization, so they're pretty difficult to do.

Oh yeah I also wanted to wish everyone luck in the awards!
H

LightningTopaz said:
What even worse is that you start and make good progress on an idea, get stuck, and eventually abandon the fic for a new idea, only for the cycle to begin anew [/guilty]
Click to expand...

That's actually the reason I've never posted a fic in WW before. xD; I have like four half-completed outlines sitting around and every time I get motivated to finish, I come up with a completely new idea that takes over until I get stuck on it... and then it doesn't stop... ):

I want to finish at least one. I was hoping that after I graduated, when I had more free time, I'd get more done, but that doesn't seem to be the case. xD

Glad to see I'm not the only one.

Does anyone know if Bulbagarden is going offline Wednesday in protest of SOPA?

Can I be clueless and ask what that is?
C

What the fuck is SOPA? 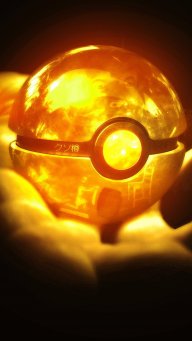 
Educational Film Narrator Guy said:
The Stop Online Piracy Act (SOPA), also known as H.R. 3261, is a bill that was introduced in the United States House of Representatives on October 26, 2011, by House Judiciary Committee Chair Representative Lamar Smith (R-TX) and a bipartisan group of 12 initial co-sponsors. The bill expands the ability of U.S. law enforcement and copyright holders to fight online trafficking in copyrighted intellectual property and counterfeit goods. Now before the House Judiciary Committee, it builds on the similar PRO-IP Act of 2008 and the corresponding Senate bill, the PROTECT IP Act.

The originally proposed bill would allow the U.S. Department of Justice, as well as copyright holders, to seek court orders against websites accused of enabling or facilitating copyright infringement. Depending on who makes the request, the court order could include barring online advertising networks and payment facilitators such as PayPal from doing business with the allegedly infringing website, barring search engines from linking to such sites, and requiring Internet service providers to block access to such sites. The bill would make unauthorized streaming of copyrighted content a crime, with a maximum penalty of five years in prison for 10 such infringements within six months. The bill also gives immunity to Internet services that voluntarily take action against websites dedicated to infringement, while making liable for damages any copyright holder who knowingly misrepresents that a website is dedicated to infringement.

Proponents of the bill say it protects the intellectual property market and corresponding industry, jobs and revenue, and is necessary to bolster enforcement of copyright laws especially against foreign websites. They cite examples such as Google's $500 million settlement with the Department of Justice for its role in a scheme to target U.S. consumers with ads to buy illegal prescription drugs from Canadian pharmacies.

Opponents say that it violates the First Amendment, is Internet censorship, will cripple the Internet,and will threaten whistle-blowing and other free speech.Opponents have initiated a number of protest actions, including petition drives, boycotts of companies that support the legislation, and even proposed service blackouts by major Internet companies scheduled to coincide with the next Congressional hearing on the matter.
Click to expand...

Bleh, I support the idea behind SOPA (as a musician, piracy is crippling when it comes to making money), but they're going about it all wrong. There is simply too much content on the internet that could be considered copyrighted, everything except search engines would be censured in days, and those would be quick to follow

I agree what you said, AetherX, there is simply too much content in the Internet that could be considered copyrighted. Possibly the best way to fight piracy is to offer a better service than piracy in some sort of way.

I just think it's plain dumb I mean they're basically going to get rid of the Internet considering what it's become I mean think of youtube for example most of those videos aren't exactly following the rules of copyright and there's also the same thing with sites that allow to download music or games.

I just think that it'll make things really boring plus it's just a little stupid.

AetherX said:
Bleh, I support the idea behind SOPA (as a musician, piracy is crippling when it comes to making money), but they're going about it all wrong. There is simply too much content on the internet that could be considered copyrighted, everything except search engines would be censured in days, and those would be quick to follow
Click to expand...

And Flame, yeah, that's basically what they're doing. This bill is irrefutable proof that the old men running my country are out of touch with modern society and innovation and need to be replaced.

According to Archaic, yes.