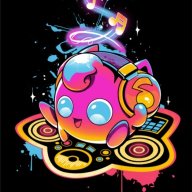 Our fifth evolution episode in four weeks. Its been a busy time for the gang. Surprisingly, Tairenar didn't learn a new move upon evolving.

Also, Shota and his Kimori made an unexpected debut losing to Citron in a Gym Battle.

Re: XY064: Fennekin VS Delphox! A Splendid Performance Battle!!

In general that rarely happened prior to XY anyway. 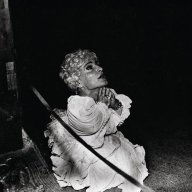 Not gone yet. I refuse

Ah finally, the evolution music wasn't Volt. I really getting bored of the music due to recent Evo-month episodes. The battle was great until someone's called Aria to leave. Shame that it could get longer.

Yup. It's nothing common for a Pokemon who doesn't learn a new move after the blue lights. Maybe it needs some time before we could see it in another episode.
I

I easily predicted that Bonnie would do that running gag on Aria, and without Clemont around. 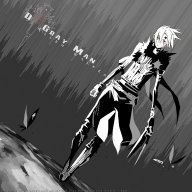 Ash representing the viewers again, being visibly upset that the battle had to end, xD
Bonnie with the marriage gag....without Clemont...wat.
Boy with Treecko debuts, and it seems like he takes notes on what he does wrong, and being Ash's potential rival, he could have a Mega Sceptile by the time the Kalos League begins
C

I can't believe they let something so important like that battle get interrupted by a phone call! What is this, 2015?!

Really liked how Serena had those flashbacks of Fennekin when it evolved. Kinda made the impact of evolution that much greater, I think. It's Serena's first ever Pokémon who's been by her side since she started traveling after all - so of course its change in appearance and size is a bit of a shock.

Didn't expect Treecko Boy to debut already and in the way he did. Guess he'll geek around Clemont and get aweinspired by Clemont's and Ash's battle?

Also, I laughed immaturely when Clemont clenched his right fist in a certain manner and thought about Ash. Oh man. Too rich.

I don't know if I love or hate Serena (you know I counted at least 4 separate incidents of crying in that episode!!) She's such an awkward and normal girl, I just hope they don't let her get too close to her (superficial and tacky) dream, it's nice to see normal people fail as they do in real life I hope new-Fokko shows a bit more personality now that it has evolved. I love Yancham tho <3

I loved Satoshi's reaction when the phone went! He's just so wonderful. And it was sooooooooo nice to see him and Eureka finally have some meaningful interaction. I really hope that little boy ends up being more of a mentee than a rival of his, because it's pretty clear that he's a baby trainer and Satoshi seems to have reverted to his pre-BW, moderately-experienced trainer status.

Lol @ Musashi taking a leaf out of Rumika's book and whipping her boys! (It's refreshing to see her practising for the not-contest though, very DP-esque.)
C

ii kanji said:
Lol @ Musashi taking a leaf out of Rumika's book and whipping her boys! (It's refreshing to see her practising for the not-contest though, very DP-esque.)
Click to expand...

Speaking of which, I laughed so hard when James just looked away from Meowth getting the whip-treatment, commenting it's none of his business. And then spazzed when Jessie made sure that oh yes indeed, it's ALL of his business!
I'm so happy to see them interact like this again, all the smiles, none the lobotomy. 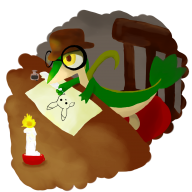 Now this is an episode that truely exceeds my expectation on all aspect.

This episode is plain BEAUTIFUL to the standard I want to cry, and full of surprise too. We get to see the Treecko boy swept by Clemont, and Serena's practice is great, the plan is really beautiful! Its just that the practice went sour, but whatever, the plan is freaking great. And that Bonnie running gag without Clemont!

What what makes me cry is the battle vs Aria. That Stone edge with Fennekin jumping over to attack is plain EPIC! And that moment when Pancham hold off the Charge Beam with Dark Pulse, and then that Fennekin evolve, and then that Dordori! What do we need more? Nothing! (Fireworks is a plus though, take it as extras)

I loved this episode

I'm surprised to see that Serena is still only practicing for the Showcase talent round even though she didn't get past the Styling round last time. I can only hope she's been working on that off screen or something, otherwise I'd find it odd for her not to practice in the area she failed at the first time. Anyway, moving on to the actual practice, I though it was okay, though I personally preferred the one she did for Nini in XY50. I didn't really get Pancham's anger towards Fennekin during the whole thing. If anything, the way he jumped through the fire would have been the cause for his tail getting roasted the first time, and then he was the one who accidentally tripped on her the second time. Though I did find it totally hilarious how Pancham used Serena as a shield when Fennekin used Flamethrower at him.

I'm so glad that we finally got to see Aria's personality. She seems really nice...like overly nice. I mean she just took Serena out to shop and eat with her after just meeting her. And throughout the entire day she was just trying to cheer her up. I really didn't expect Serena to start crying over yelling at her Pokemon while they were eating.

I was surprised to see Clemont battling the boy from the intro. I don't know why I didn't expect him to be taking challenges and that he would just be training for his battle with Ash separately. Obviously any kind of training/battling is helpful so I was glad to see that here with the new character. Certainly the most unexpected part of the episode for me.

I loved how Bonnie was playing fetch with Dedenne and Pikachu while they were waiting for Serena. I also continue to be amused with Fennekin and Pancham's different personalities and how Fennekin rushed to Serena with a tear in her eyes upon reuniting with her while Pancham followed a bit behind. Using context clues, I'm also guessing that earlier in the episode when the 2 were staring out the window, Ash asked if they were thinking/worried about Serena and Fennekin nodded yes while Pancham kinda shrugged it off while blushing. It's cute. Speaking of cute, I was surprised to see Bonnie do her proposal gag in Clemont's absence.

The battle between the two was okay. I did like Fennkin using Pancham's Stone Edge for an aerial attack and Pancham protecting Fennekin with Dark Pulse. I can't say I'm too happy with Fennekin evolving. I mean, it's great that she's continuing to grow, it's just my own personal dislike of Braxien. Maybe I'll start to like more by seeing more of it. There were actually a few moments in this episode where I actually found it kind of cute. Anyway, overall it a good battle for Serena. I lol'd when Aria got that phone call which put the battle to a stop. At least it was unique Also, Aria should wear glasses all the time. She looks so much better with them on.

Finally, I loved the ending where Serena realized that Aria had been the one who helped her and was so happy about it. Not to mention the way she just kept it to herself without telling the other 2. Great episode overall. 10/10. 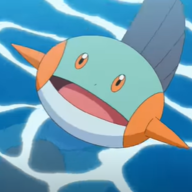 Sorry if it's somewhat off-topic, but is the Showcase Tournament happening? Or it was just a mistranslation in the preview thread? 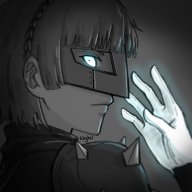 I must say Aria is extremely attractive.

It's great that Serena's idol/rival would give her advice on showcases, how to handle her pokemon better without Serena not knowing who was truly giving her advice.

Fennekin's evolution was great, the topping of it was the dori song. At least know we know the writers won't use Volt for every major event.

I lol'd how the battle was interrupted in the best part, making Ash upset. Being a celebrity must be rough for Aria. Haha.

Serena finding out it was Aria who helped her was nice, made it better by keeping it to herself and noting Ash or Bonnie. Overall 10/10. Great episode.


P.S. I loved how they kept TR out of the episode for the most part and showed that TR isn't on a daily "Catch Pikachu" campaign. 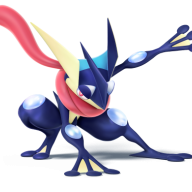 I really enjoyed this episode. Aria/Elle seems like a kind character helping to cheer Serina up and looks good in those glasses. I liked Bonnie's/Eureka's keeper gag this episode trying to get Aria to be Clements wife without Clement being present. The battle was enjoyable and Fennekin evolving into Braixen made it better. Hopefully Braixen will be more confident and stronger than when it was Fennekin. Too bad it ended with Aria's phone ringing and had to leave because of something important. Looking forward to the subbed version to get a better understanding of the episode. I'd give it a 9/10 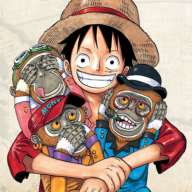 Shota sounded similar to Chopper (Ikue Ohtani) but more mature and nasal-esque. Do we know who's voicing him?

I read somewhere that it's the same voice actor that voices Konohamaru from Naruto.

Can't be sure tbh. 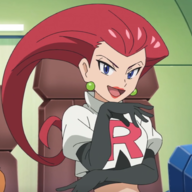 Adyniz said:
Shota sounded similar to Chopper (Ikue Ohtani) but more mature and nasal-esque. Do we know who's voicing him?
Click to expand...

I read somewhere that it actually was Ikue Ohtani but I'm not sure. 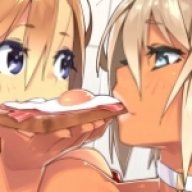 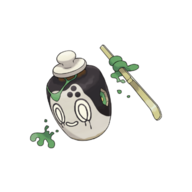 Whoever the VA is for Shota, I like it. I like him, how he was introduced, his design, his personality and his Treecko.

Hopefully he is developed into a competent rival for Ash, and isn't of the loner-jerkish breed.

As for the episode, it was dialogue heavy so I'm going to have to wait for the subtitles. I do wish Serena would have finished her battle with Aria. After Fennekin evolved, it looked as if the match could have gone either way. 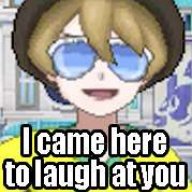 Running into a dude who has the same voice as your pet would be pretty weird.

Sakuraa said:
I'm surprised to see that Serena is still only practicing for the Showcase talent round even though she didn't get past the Styling round last time. I can only hope she's been working on that off screen or something, otherwise I'd find it odd for her not to practice in the area she failed at the first time.
Click to expand...

Yeah, this is bothering me as well - I suppose maybe it's hard to practice not knowing the themes in advance, but given how arbitrary that round is, it's the main thing I'd be focusing on.

The thing with how easily Pancham was spooked by lighting its tail on fire in practice would also carry across to how it would respond to a mixup with props - Pancham overreacting is certainly a thing at this point, and really needs to be dealt with before Serena's next event.

That said, I suppose we will just get Serena passing that stage of things in a 5 second scene in the future, now that the point was made with her initial failure.

Speaking of cute, I was surprised to see Bonnie do her proposal gag in Clemont's absence.
Click to expand...

Given that Clemont wasn't there, unless Bonnie explained it, wouldn't you assume she was asking on Ash's behalf? I'd have liked it if Aria was slightly positive about the idea thinking Bonnie was talking about Ash, followed by Serena's panic.

Review XY073: Battle at the Fashion Show! Tatsubay VS Shushupu!!