Well, that's quite a movie episode. Big, dramatic, and has you on the edge of your seat.

Alain, from what I can tell, did not backstab Ash as I thought he would over Hari-san. Good for him. I think I'm finally starting to warm up to him after he finally realizes just how much he has been played by Lysandre. But he did nothing to stop Ash from getting capture and went with Team Flare to the Prism Tower. Not sure why? Perhaps an explanation from Lysandre. Regardless, his Kabuchimaru has arrived at last.

Oh, seeing that Blaziken Mask makes me remember the good old episodes of the early XY. It all finally comes together.

I think all of the gym leaders were shown watching, as well as various people from various places. Including kids at some school.
Jessie was delivering the news, since Malva had something else she needed to do.
Sycamore was kinda badass there, stopping the Grunt from getting his hands on Manon.
Alain.. he just let it happen. God damn it man.
We've got 50% forme Zygarde facing off already.

I know this is more of a setup episode, but it looks to be much better than the league already XD
Felt like a movie, I guess. So yeah this has me hyped.

The most intense start up to a villain's finale we have ever seen. Chaos everywhere and everyone is getting involved. We got Syscmore being a complete badass, Blaziken Mask's return, and the gym leader cameos. Everyone is playing their part, except Alain who is worthless right now cause he clearly can't handle the truth. Absolutely amazing episode.

Anyone notice the make officer in the ep.......you know its real when age old gags are dropped for the plot.

Now this is the way to kick-off an arc, like I said it seems like the league was nothing more than a warm-up for what is about to happen. Miare City is pretty much destroyed (you can't tell me that no-one died in all that carnage), Fleur-de-lis has revealed himself to the world, Bursyamo Mask finally made a reappearance and we got a full set of Gym Leader cameos (man, I bet Pansy is glad she wasn't home that week).

Unfortunately, I do have a couple of complaints... first of all, could we not have got a voice change for Puni-chan while in 10% and 50% Forme. Hearing that voice coming from that dog and that giant behemoth just doesn't fit at all. It's not like Z2 is talking right now, so why not have Puni-chan's voice match its appearance.

Second of all, this is pretty much going to be Shauna's final appearance in the show so couldn't the writers have allowed her Fushigisou to evolve all the way so we had a complete set of Kanto starter final evolutions. I appreciate she likely isn't training it very much since the Tripokalon curcuit ended but still.
Last edited: Aug 25, 2016

And so it begins.

Could anyone give a summary of the episode, as I couldn't watch it now... Waiting for the subs

It's an amazing episode and everyone is doing something! It feels like a movie as you watch the episode as there a lot of things going on, I think that the next episodes will be just as awesome or even better.

First class set up. Let's hope the pace and tension can be maintained. Btw what did they use as the ending theme?
A

ii kanji said:
First class set up. Let's hope the pace and tension can be maintained. Btw what did they use as the ending theme?
Click to expand... 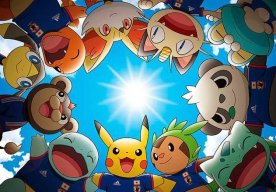 It's good to see everyone in this forum finally back into the mood after a depressing breakdown last week.

On the other hand, Jessie is an amazing reporter. Seems like TRio really like this part time job.

The lesson is that TRio are basically amazing at whatever they turn their hands to that isn't crime.

Can someone tell me how Alain reacted and what role he played?

I'm gonna be needing subs before I can understand most of what's going on, but it looks like Alain's getting a massive kick to the teeth after the events of last episode. He didn't look pleased in the slightest. 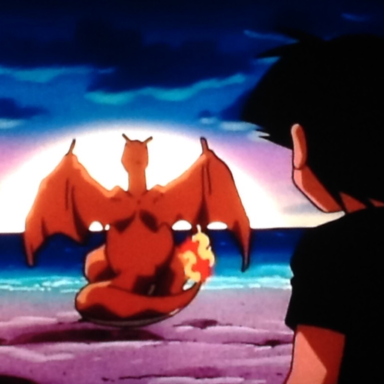 Decaboyz said:
It's good to see everyone in this forum finally back into the mood after a depressing breakdown last week.
Click to expand...

Honestly, I'm still a bit bitter about last week's episode, the biggest reason right now is because of how little consequence there was from last week's episode compared to this one. I understand why the league results were not brought up in today's episode, but what I don't get is why Alain was spoiled a win only for him to be backstabbed by Team Flare.

Wouldn't the writting be better if Alain got a hard hit of reality, with him not only realizing he's not invincible by losing to Ash, but then getting baited by Lysandre afterwards? We can see him lost in thought in today's episode, but him losing the league would really make him.doubt himself. I feel like that would make Alain that much more relatable, and show that he's not perfect.

Today's episode was good, but last week's episode lessened my hype for the Team Flare arc. I guess you can't expect great writting from this show, but we knew that the writting quality of this show has been inconsistant for years. Ah well, I'm going to stick around and keep watching. I guess my issue is how more interesting this arc could have been if the top two placements were swapped.

Alright, now this is awesome. Nothing but non-stop action. This is how a villainous team climax should be

I love how Squishy left on his own to communicate with and try to stop Z2. I also love how Clemont once again had a useful invention to aid the others as they split up.

I'm so glad that the rivals were actively helping out during the crisis.The only thing that slightly bothered me was that Shauna's Ivysaur still hasn't evolved while Trevor and Tierno both have their fully evolved starters. Though it wasn't that bad since they didn't end up doing much. Oddly enough, it's TR how actually ended up my making themselves useful. I was quite surprised that Jessie of all people actually decided to broadcast what was going on to the entire region.

Damn, Alain seems really conflicted. I understand that and all, and part of me is happy that he's still showing some loyalty to the people he's been associated with all this time rather than immediately jumping over to Ash's side, but I wish he would have shown some concern for Ash. He just stood there while Celosia knocked him out and the grunts captured him. No emotion or worry whatsoever. At least Pikachu tried to protect his trainer until the end.

Man I wish the grunt would have captured Mairin. And seriously, Ash is just lying unconscious on the ground and Alain doesn't say anything? He could at least ask what they're planning on doing with him and making sure they aren't going to hurt him. Well thank goodness, Clembot showed up to save Bonnie and co. since Braxien and Luxray just decided not to do anything about those vines hurdling towards them And geez, I forgot all about Blaziken Mask. I wonder if his big secret will be revealed during this arc. Probably...

Okay, so Alain sees and and his Pokemon dangling in the air, bound by iron balls...and still does nothing. Surely he sees something wrong with this. I'm guessing Lysandre's got something special planned for Greninja and that's why he's positioned under the others. It's funny though, because nothing is stopping Goodra and Noivern from attacking since Goodra's mouth is uncovered as are Noivern's ears. I wonder if anyone will realize this later. Anyway, I guess Alain is really distraught if he's just gonna leave Ash hanging like that

Alright, Squishy and Z2 are on even grounds right now. Can't wait to see them duke it out. Also Bonnie's reaction to that was precious. Great start to the arc. 8/10. 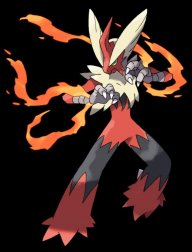 Alain was having an angry conversation with Lysandre and asking him why he wanted Ash, though we still don't really know. He keeps giving cryptic and vague answers.

This episode...wow. This season of Pokemon is my favorite ever, by far.

Yuri3221 said:
Alain was having an angry conversation with Lysandre and asking him why he wanted Ash, though we still don't really know. He keeps giving cryptic and vague answers.

This episode...wow. This season of Pokemon is my favorite ever, by far.
Click to expand...

Based on what I've read and heard, Lysandre is essentially using his own game quotes/speech from X and Y. Particularly the last line:

"The strength to protect, huh? But what are you really protecting? A tomorrow that will only end up being worse than today?"
Click to expand...

I don't know what he wants out of Satoshi, but I believe he'll explain it in the next episode. Based on the preview, it seems that Lysandre is forcing Ash and Greninja to activate the Bond Phenomenon through that device of his. That is likely going to be painful.
You must log in or register to reply here.
Share:
Facebook Twitter Reddit Pinterest Tumblr WhatsApp Email Link
Top