First non Gyarados was a Chinchou in hearthgold, got extremely excited, was so hard to not show, but sitting in my fathers living room I kinda had to, if he had seen his 22 years old son flipping out over a videogame he would think I was crazy

Few in games hours later I found a shiny Shuckle, just smashing rocks to find heart scales, that Pokémon game must have been blessed
F

I encountered a shiny Rattata once (early game). Had 1 pokeball. BOOM! Caught. I was happy for days. :3

I found a shiny zubat in platinum. Transferred it to black and forgot about it and reset my data
A

I had a copy of Ruby I bought on clearance after I played through Emerald. I didn't get far, but I found a shiny Cascoon. It was the first shiny I'd ever found, and I never finished playing through that game.

The second was a Gulpin I found while farming leftovers.
C

My first shiny was in FireRed. I had no idea what a shiny was, but I was one of those little kids who threw a Pokéball at everything they saw that they didn't have. Well when I was heading to Mt. Moon, I ran into a male Nidoran, and it was shiny. All my little self knew was one, I don't have that, two, it's adorable, and three, it had STARS. So. I weakened it and successfully caught it, and never used it at all, when years later as I was transferring FireRed Pokémon to Pearl I believe, I saw it and said "OH MY GOSH I HAVE A SHINY POKÉMON!!!"
C

Well, I was trying out the fishing method for finding shinies in XY, and after three days (I had holidays and nothing to do...) I finally encountered a shiny Shellder. I was really surprised as I didn't believe that I would ever have the luck to find a shiny, even when using this method.
M

Just a couple of months ago, I found a shiny Spheal in my Friend Safari. Will post pics soon.

My first shiny was a Bronzor, randomly encountered in Diamond. The one Pokémon I hate in that game, and I find a shiny of it.

I don't think I have it anymore though, I think I restarted it without transferring it to an other game.

Mine was a Zubat in Platinum. I don't remember the exact cave and I forgot about it and reset the game later... terrible day

My first shiny was a Zubat in Gold. I encountered it in Ilex Forest. I evolved it all the way into a Crobat, but I can't remember what wound up happening to it; I think I lost it when I restarted my save file in Gold and didn't have access to a link cable at the time.

That was the first and only shiny I ever randomly encountered in the wild until I started playing X version around a year ago.

My first shiny other than the event shinies and the automatic in-games (like Red Gyarados and the shiny Espeon in the Battle Tower in Leaf Green/Fire Red) was a shiny Electrike on my Sapphire. To this day, it's still my favorite shiny.
D

Friends? What are those?

I was running around that swamp route in Kalos minding my own business when oh a wild Pokemon appeared I wonder if it will be OMG HOLY CRAP A SHINY QUAGSIRE!!!!!!

A green Spinda in Ruby.
J

First, and so far only, shiny was a Sandile in X
M

Not counting Red Gyrados and a shiny Tyrogue from Blaze Black 2 (since it's a hack), first shiny would be in Omega Ruby.
Shiny Gulpin. 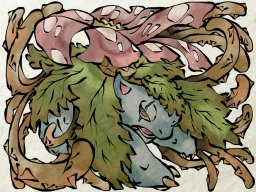 A shiny Oddish from the Safari Zone in Ruby.

My first random shiny in ages was a Shuppet I stumbled across while running towards my Secret Base in Omega Ruby. Most of the shinies I've gotten were "planned out"--found in a Friend Safari or bred via Masuda--so to find this little guy was quite the surprise. That hasn't happened to me since the days of LeafGreen. I do not kid.

I played Pokemon games on consoles since the time Diamond and Pearl were released (before that my playing methods were questionable - but I got a shiny Butterfree haha). Anyway, because I've been very unlucky with shinies, I got my first one in games in Y when I tried to breed a Froakie.

I was like "wait... what... why is this... Froakie... brighter?" *then starts yelling out loud probably breaking my neighbors' ears too* Also, shiny Greninja looks badass!
C

Shiny Beldum in ORAS distribution but the first one I caught was a shiny Zigzagoon.
A