Zoroark's Origin: a Barghest, not a Kitsune

So when I first read the Barghest's entry in Dungeons and Dragons I immediately thought of Zoroark.

However I wasn't really convinced until I saw its entry on Wikipedia.

In Northern English folklore, the Barghest or Barguest is a mythical monstrous black dog with large teeth and claws, though in other cases the name can refer to a ghost or household elf, especially in Northumberland and Durham, such as the Cauld Lad of Hylton.

One notable case is said to frequent a remote gorge named Troller's Gill in the Yorkshire Dales, Yorkshire, England. A ballad entitled "The Legend of the Troller's Gill" can be found in William Hone's Everyday Book (1830). It recounts the tale of a man who ventures forth "to the horrid gill of the limestone hill" in order to summon and confront the Barghest in an act of ritual magic. The man's lifeless body is discovered soon after with inhuman marks upon his breast. There is also a story of a Barghest entering the city of York occasionally where, according to legend, it preys on lone travellers in the city's narrow Snickelways. Whitby is also associated with the spectre.
In the 1870s a shapeshifting Barghest was said to live near Darlington and was said to take the form of a headless man (who would vanish in flames), a headless lady, a white cat, a rabbit, a dog, or a black dog. Another was said to live in an "uncannie-looking" dale between Darlington and Houghton near Throstlenest, and yet another haunted an area of wasteland between Wreghorn and Headingley Hill near Leeds.
The Barghest often serves as an omen of death. At the passing of a notable person the Barghest may appear, followed by all the other dogs of the local area in a kind of funeral procession, heralding the person's death with howling and barking. If anyone were to get in the Barghest's way it would strike out with its paw and leave a wound that never heals.
Besides taking the form of a large black dog with fiery eyes, it may also become invisible and walk about with the sound of rattling chains. It may also foretell the death of an individual by laying across the threshold of his or her house, and like the vampire the Barghest is unable to cross rivers.
Click to expand...

Not to mention that the kitsune is already represented by Ninetales. 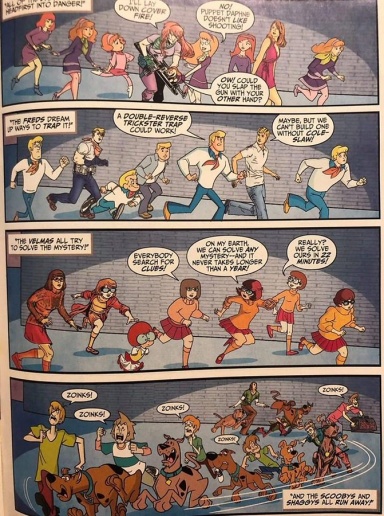 They can't reference copyrighted characters in Pokémon origins unless they are explicitly confirmed for legal reasons on Bulbapedia.