Anime Have you ever fantasized about being in an anime, huh?

So, yeah, the title says it all. Have you ever fantasized and envisioned yourself (or any of your original creations, for that matter) as being a part of an anime, be it riding on a Charizard or having a friendly battle with your favorite character? Share it all in this thread!

Okay, so I'll go first. I, for one, have been fantasizing about Pokémon since when I was ten or eleven years old (hence the inspiration for this thread, dah!). None of that was pretty significant, though. About an year ago, however, I envisioned and fantasized an entire Pokémon series with a whole set of original creations: protagonists, (though, none of them was based off me!), Professor, rivals, Gym Leaders and many more, and of course, a villainous team, in a made-up region called Fronda, spanning somewhere between 140 to 145 episodes, each of an hour. Yeah, I realized one Pokémon episode is equivalent to one hour of fantasy of the same episode, so... Eh... I even thought about posting my series, episode by episode on these forums for everyone to read and review a few days ago but, one, I am not very good at describing things, let alone one hour of faint memory from nearly an year and half ago, and two, that sounds like a lot of work, so I decided to drop out on the idea!

Besides, I also envision myself as part of Fairy Tail occasionally, but none of them have been as deep and close to my heart as the Pokémon series I just described above.

I've envisioned myself in shows like Pokemon and YuGiOh, but nothing else. 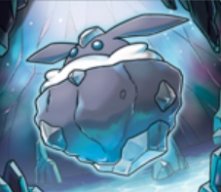 I've been considering making up my own Pokemon region recently too. At first I thought it would be neat to make up my own fakemon, but it's a lot harder to design them than I thought. No big deal, there are 800+ official Pokemon to populate my region so I should be working on other things like the protagonists, the evil team, the Professor, etc...
You must log in or register to reply here.
Share:
Facebook Twitter Reddit Pinterest Tumblr WhatsApp Email Link
Top